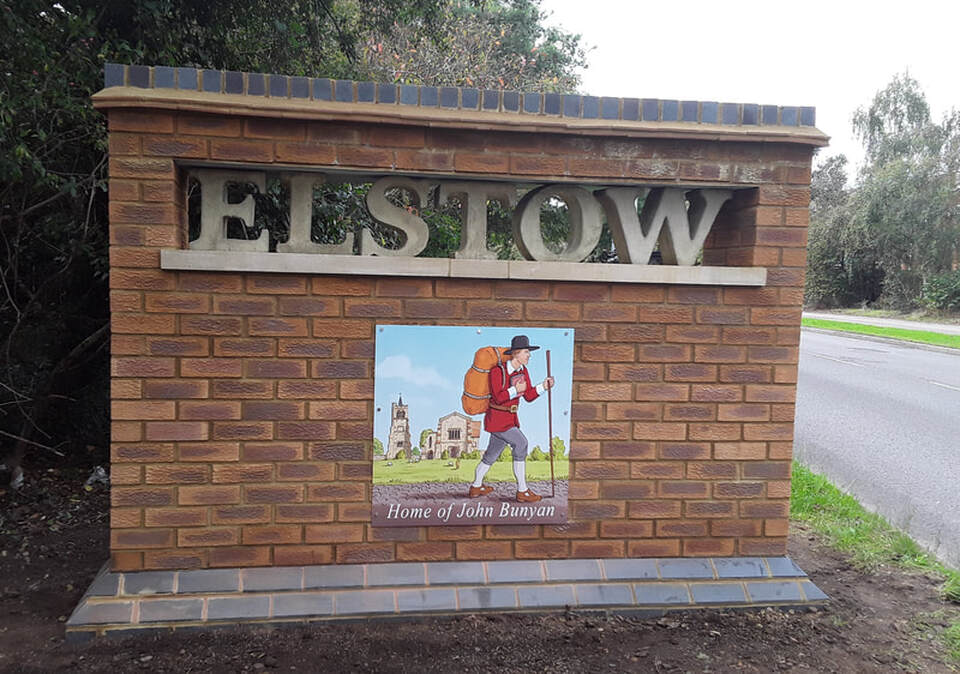 This front page of the 'Modern Elstow' section contains:
Hyperlinks to our main albums of modern pictures and
A few small albums 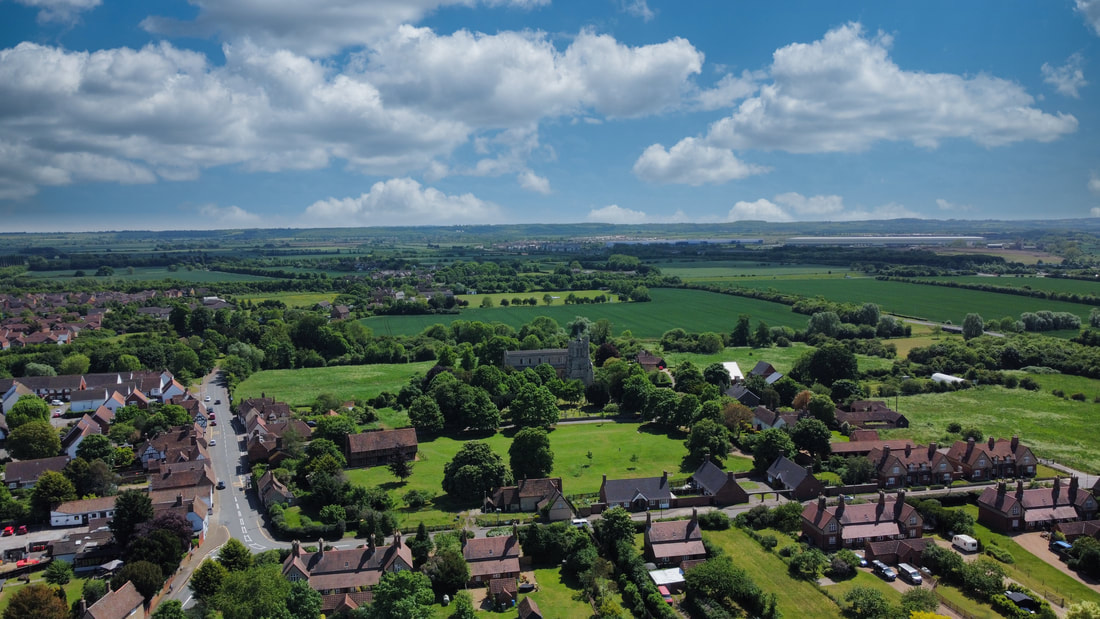 Please do not reproduce any of these images without the prior permission of the artists. 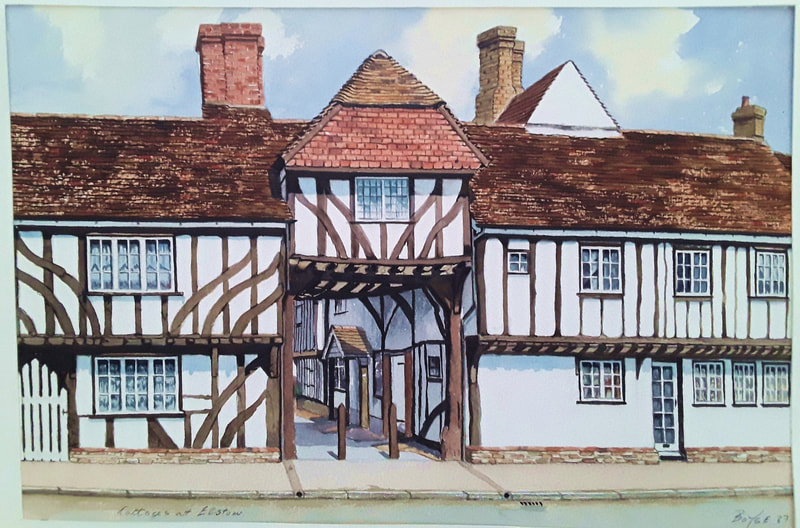 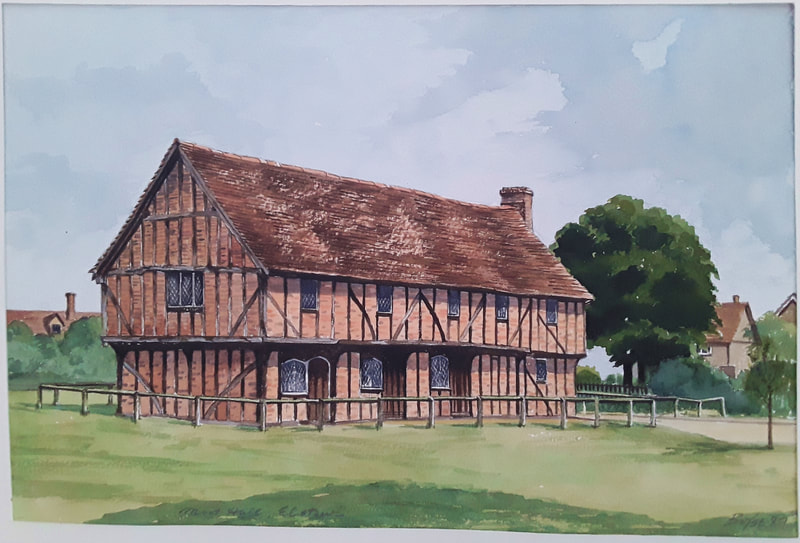 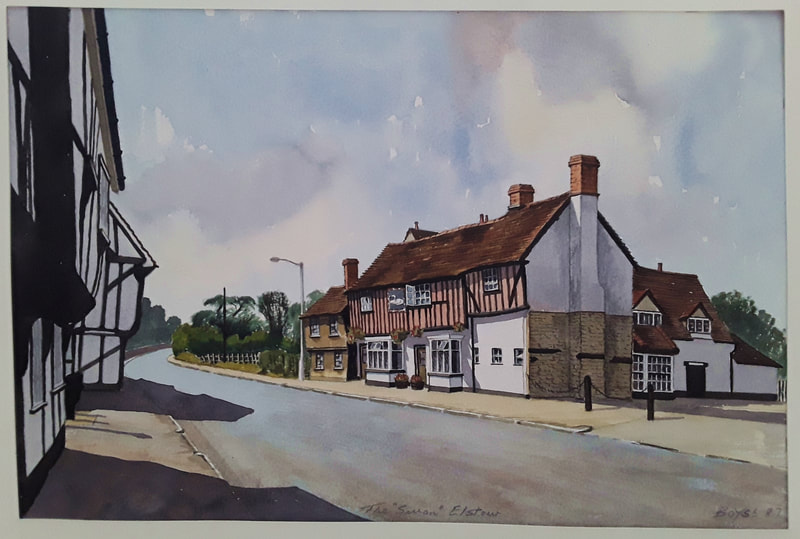 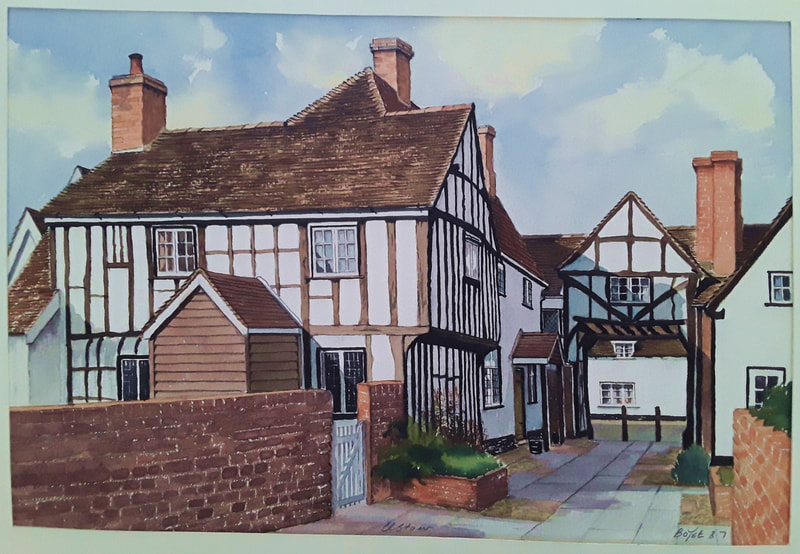 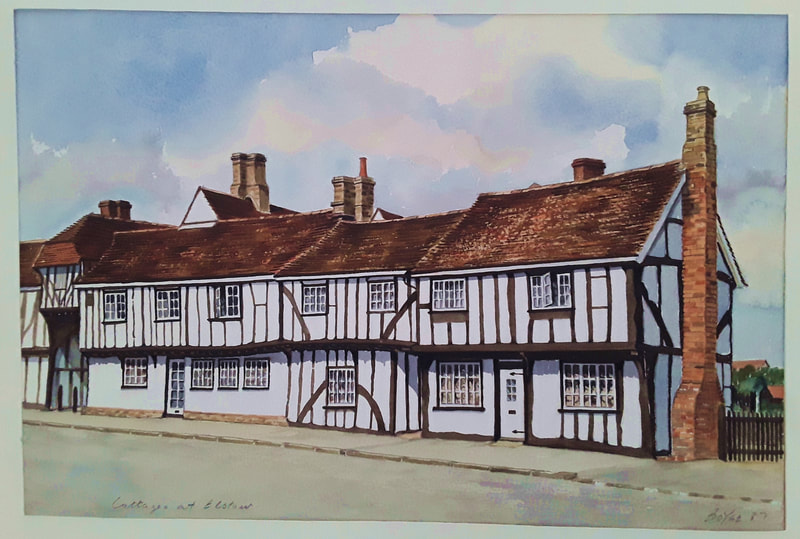 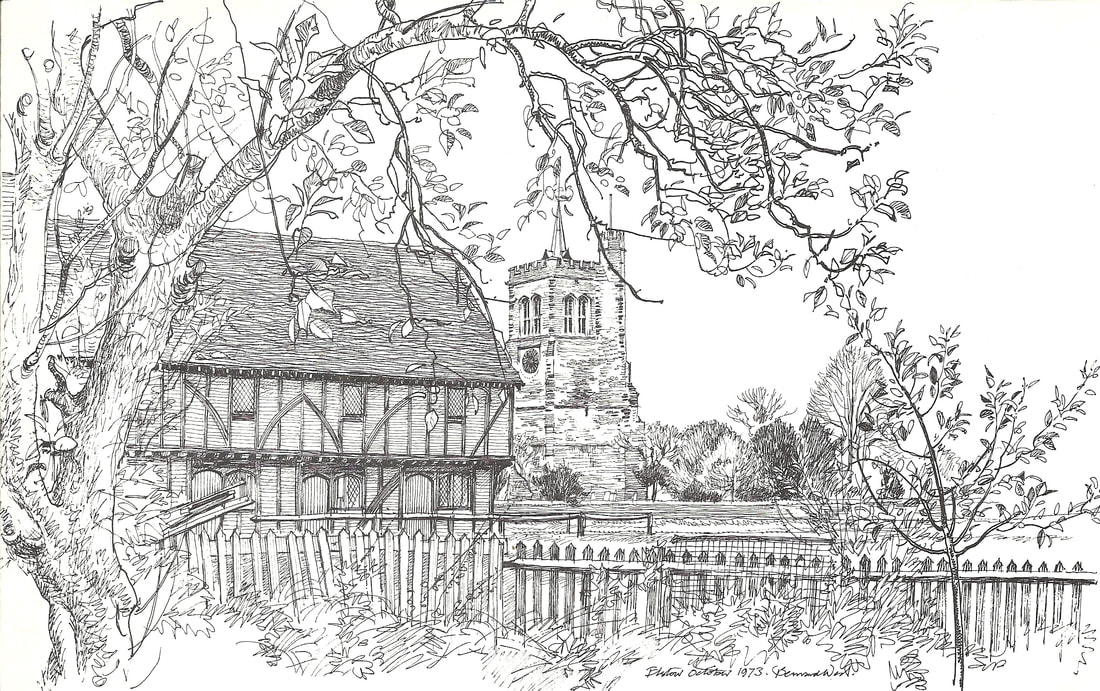 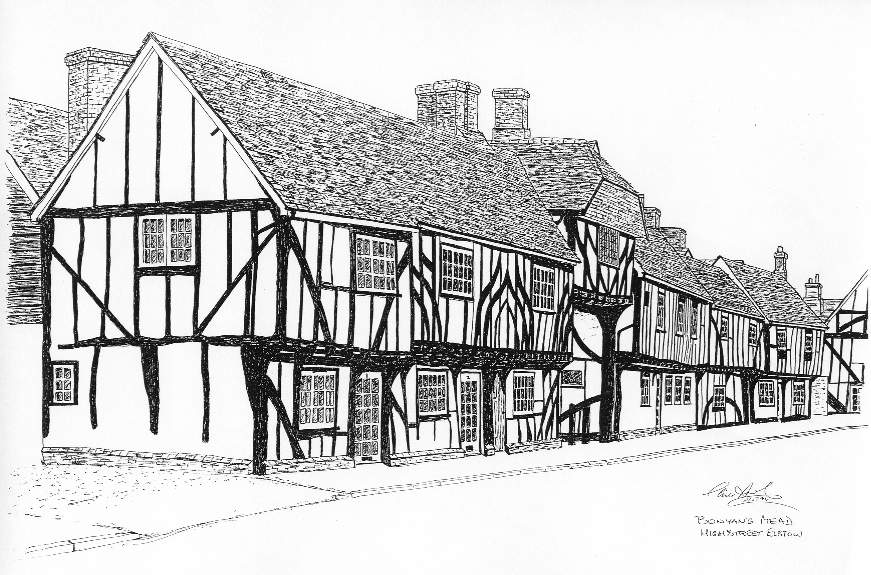 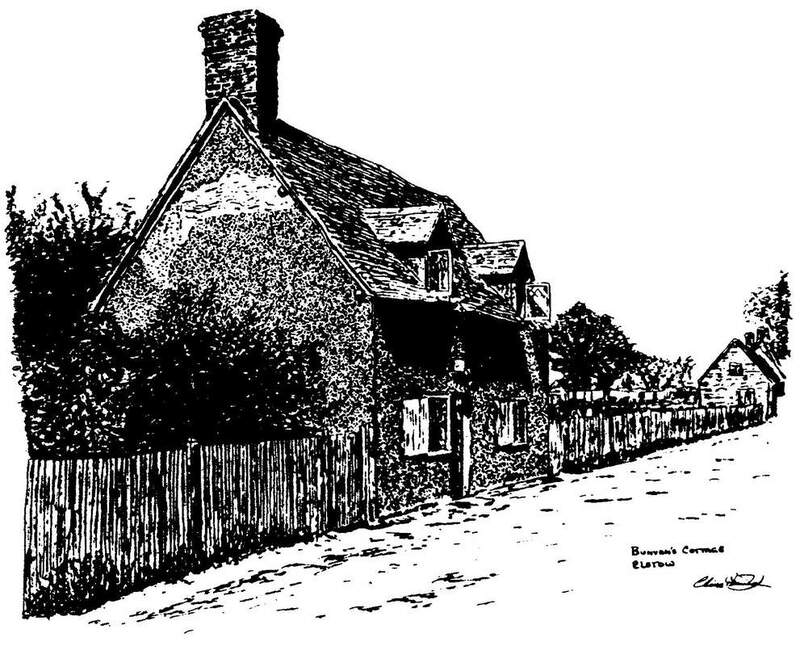 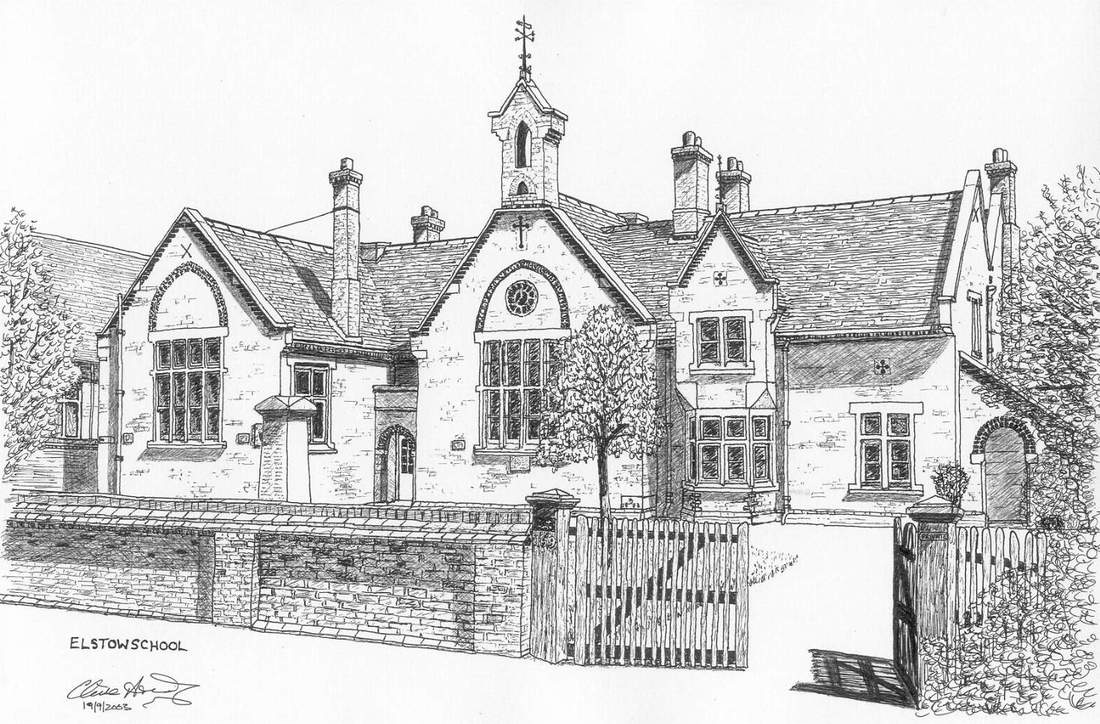 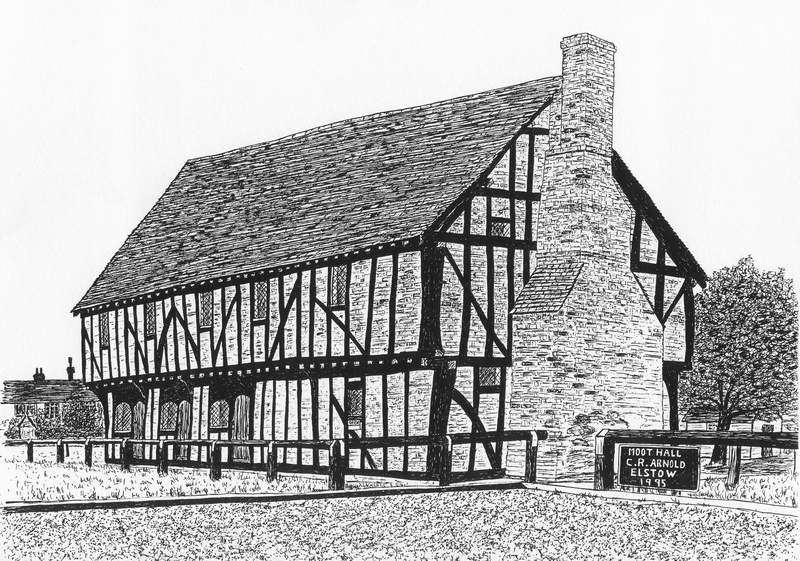 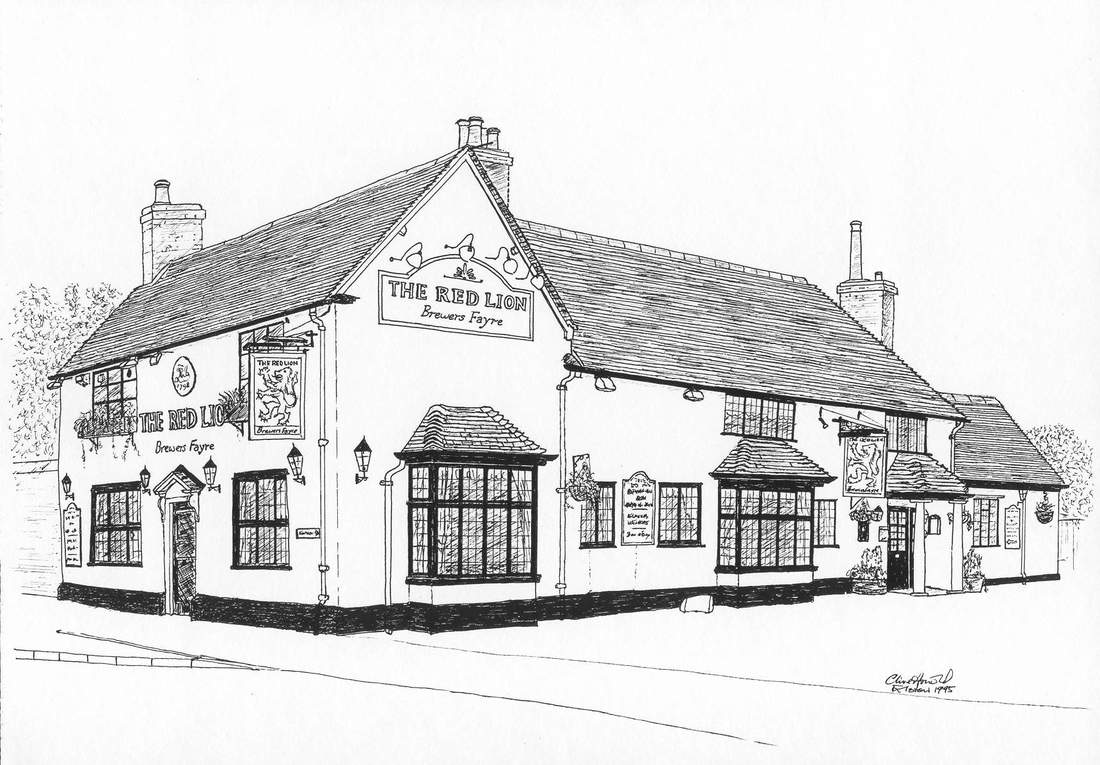 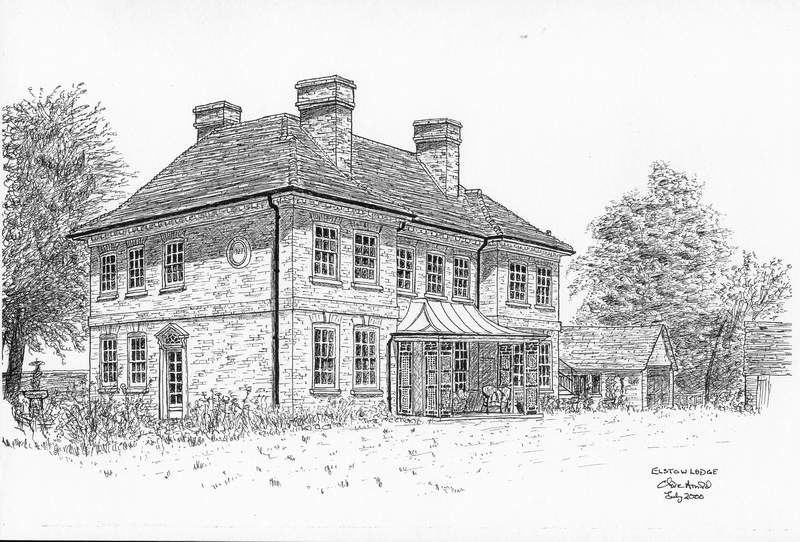 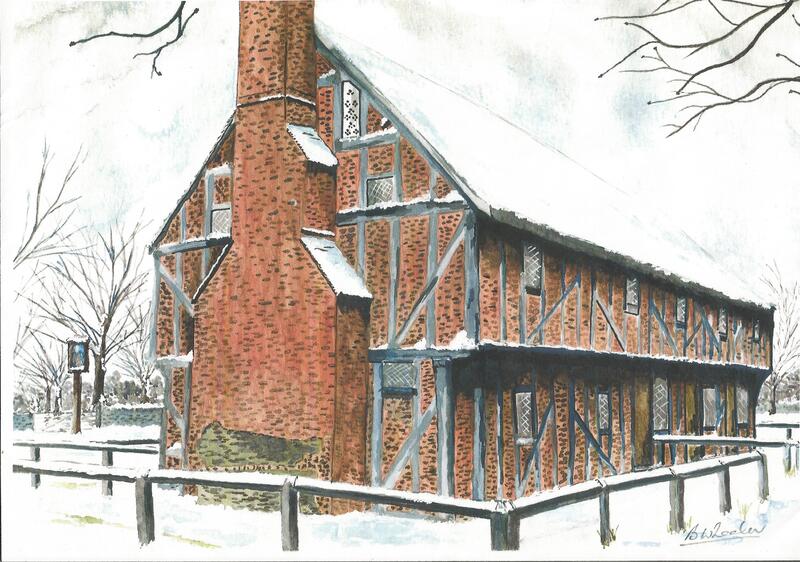 ​Elstow Pillbox
The Elstow Pillbox, a type 22, was built in 1942,  in what is now Progress Retail Park (that is the one to the east of the B530 where the B & Q  and M & S stores are located). The pillbox is located on the northern side of Sam Clark Way,  immediately on the left  as you turn off the roundabout into the retail park and is partly hidden by the crash barrier (see last photo, below.)

Working  on the assumption that the German army might invade this country, a string of pillboxes built during WWII around the Bedford/Ampthill area, to protect the London-Midland railway and Elstow munitions factory. They were abandoned in 1944 when it became obvious that  invasion was no longer likely and were allowed to fall derelict. Over the next 60 years, the pillbox became totally overgrown.

The pillbox is listed in Bedford Borough Council's Historic Environmental Record (ref. HER no. 15634).

The well-known author Dr Michael Osborne - who has written books such as “Defending Britain” and “20th Century Defences in Britain” - was kind enough to offer advice and help with his wealth of experience and work to restore the Elstow pillbox and preserve it as an historic monument started in June 2018.  The work was carried out by builder Pelham Chambers from Kempston.

After the initial cleaning, it was realised that the top three courses of bricks were in too bad a condition to be retained, so they would have to be replaced. The reinforcing rods in places such as the openings were also in a very bad condition, crumbled at a touch so replacements would need also need to be considered.
It was planned to use a special chemical to seal the roof against the worse of winter’s weather, so a wooden frame for that was constructed.  Builder Pelham Chambers suggested speaking to local well-known roofing contractor Malcolm Henrickson, who was known to help with charity donations. When the project was explained to Malcolm he kindly offered to heat-seal the whole roof, with a special material that would last 50 or more years, thus ensuring that there would be no further problems caused by future winters' ravages.
After restoration was completed, the pillbox was opened by Gerald Garner of the Gale Family Trust (who had sponsored the restoration and contributed the largest amount of funds). Other contributors were: Malcom Hendrickson of Hendrickson Roofing; Tim Hill, Liberal Democratic Councillor; and the builder Pelham Chambers.
​​
If you want to see inside the pillbox, please email Jon Miles, or ring him on 07709 879 245, to make an appointment. 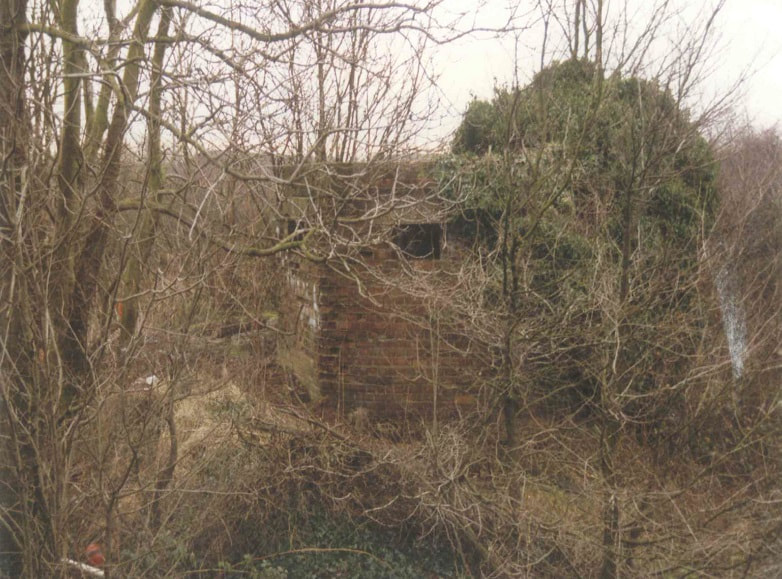 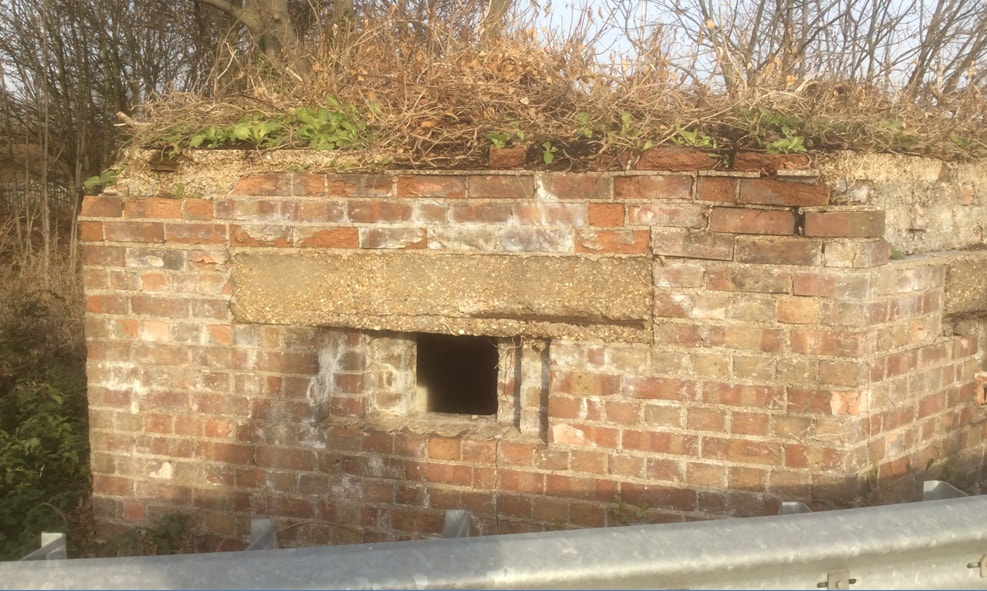 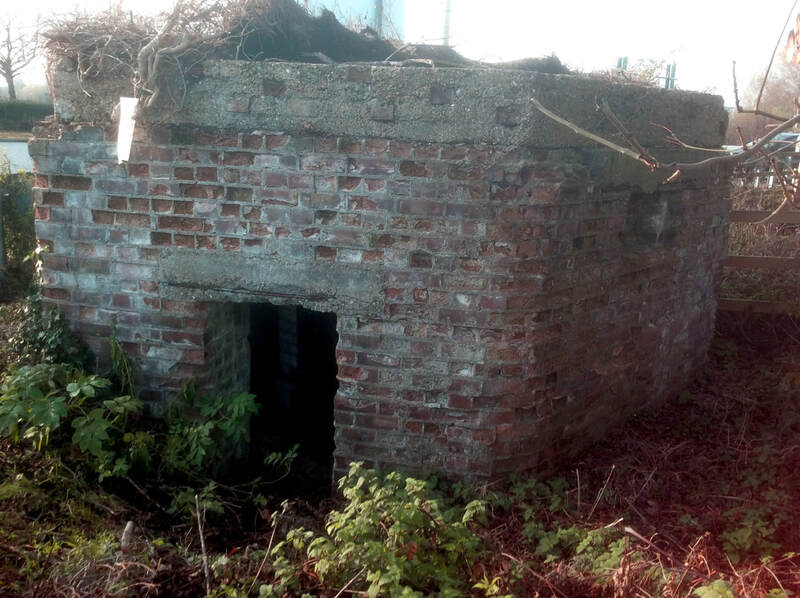 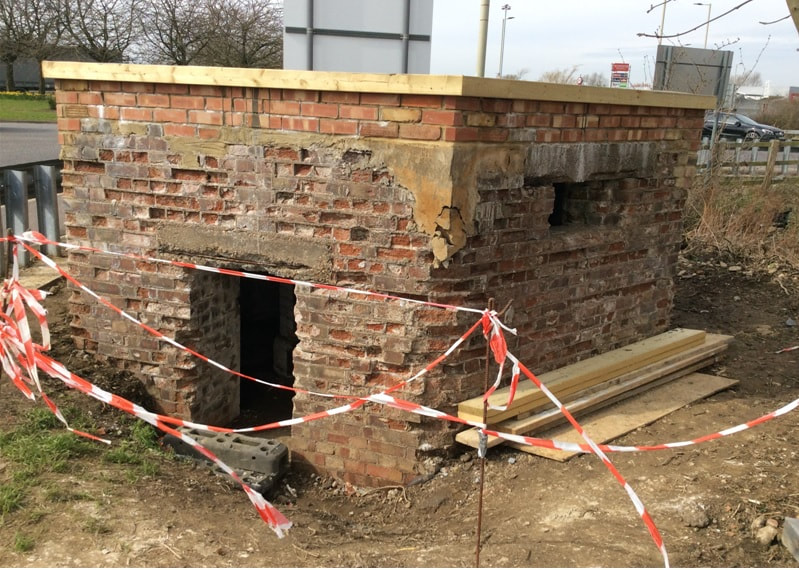 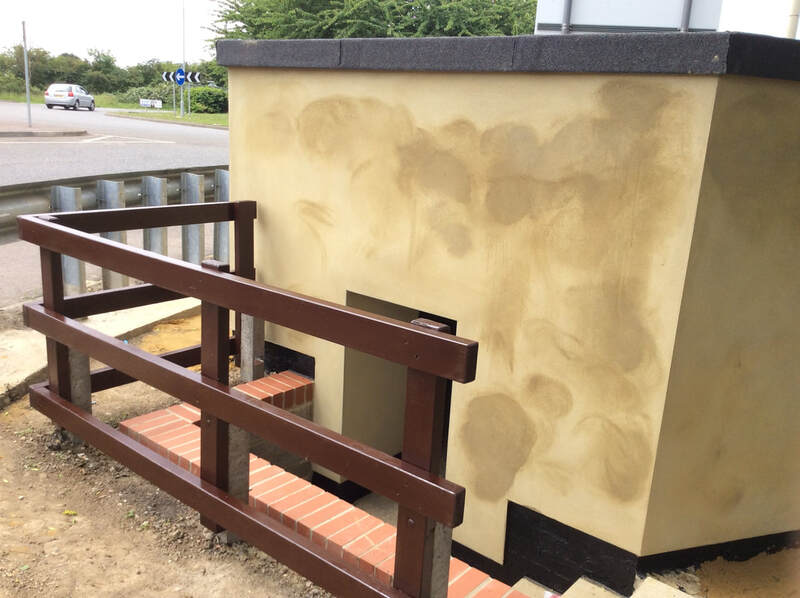 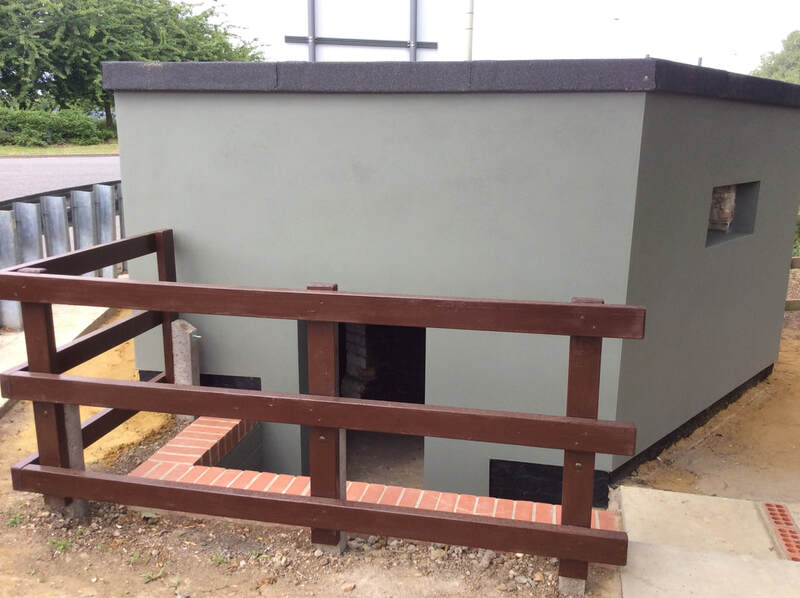 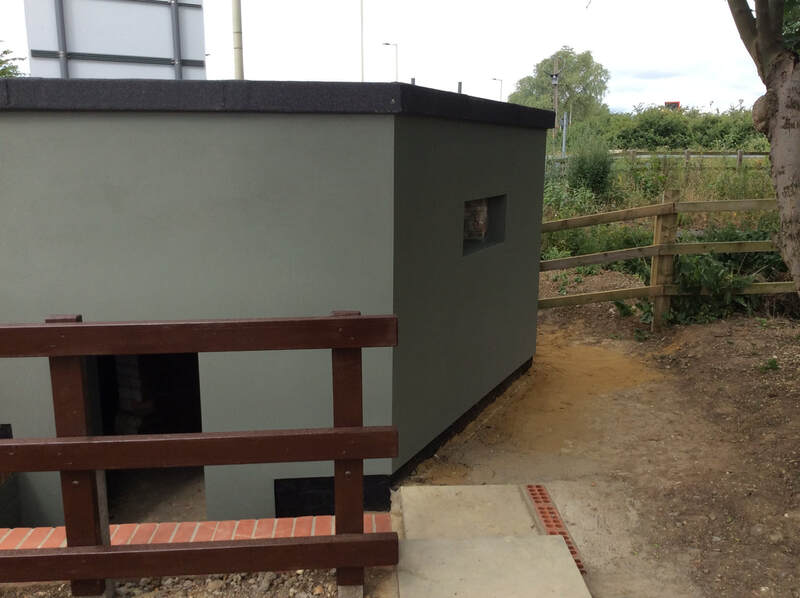 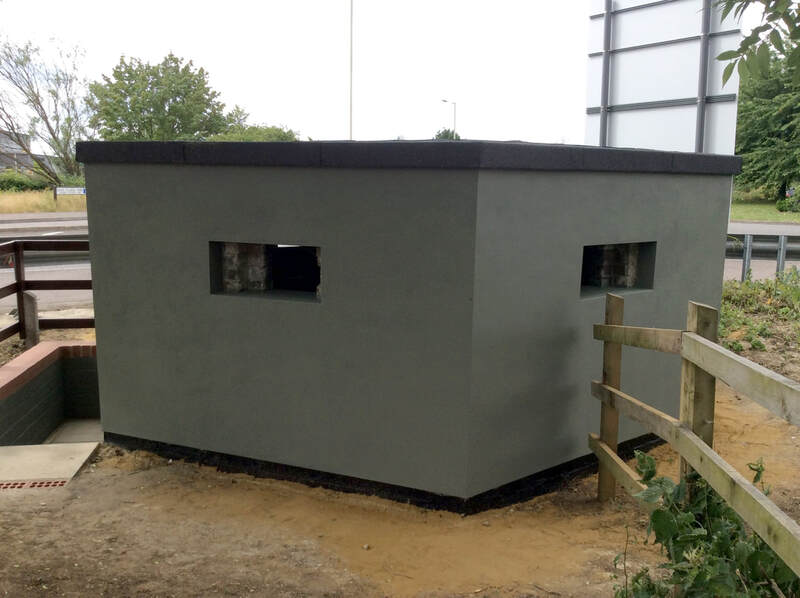 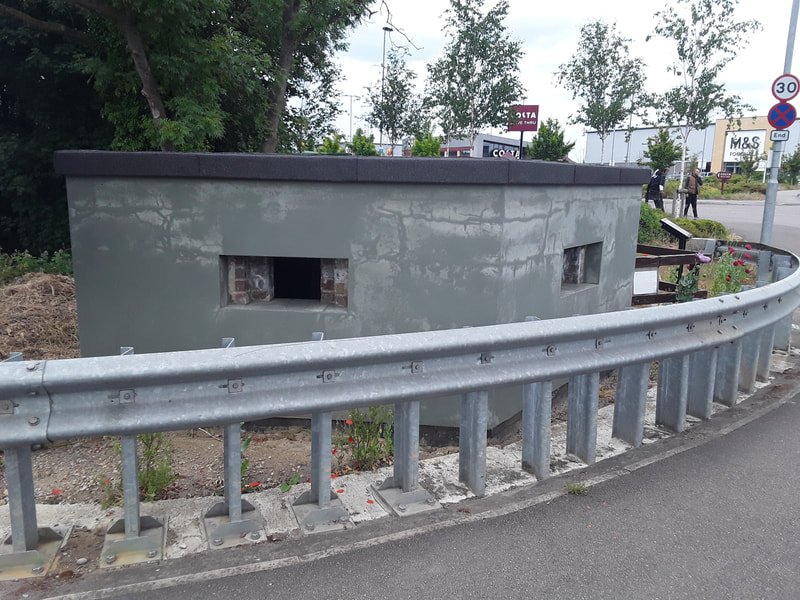 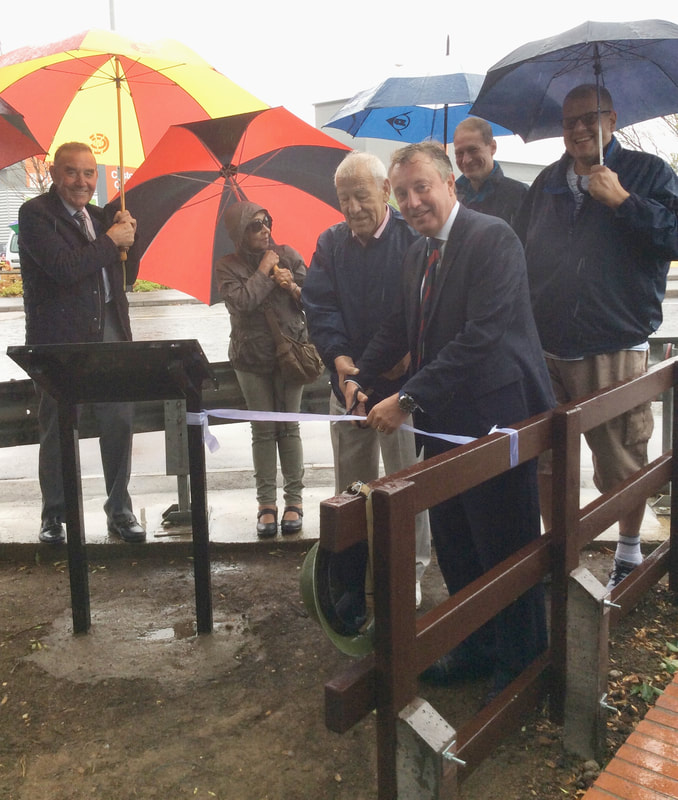 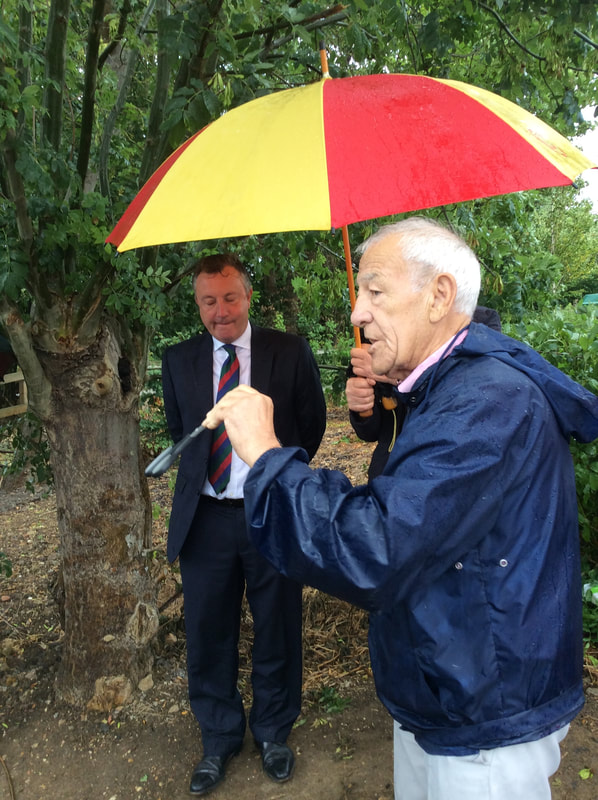 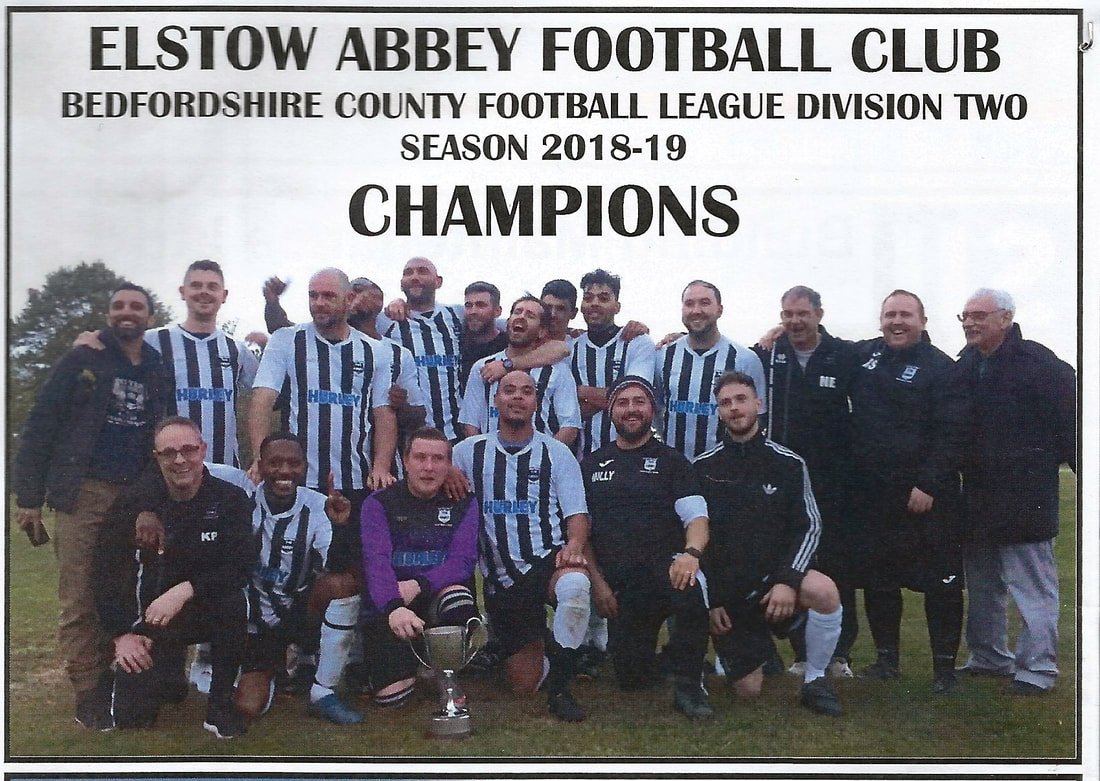